Welcome to the vibrant multicultural community of St Mel’s Catholic Primary School, Campsie where we grow learners who change the world.

I feel blessed and honoured to be appointed Principal of St Mel’s Catholic Primary School, Campsie. I appreciate the significant role I will have in ensuring that St Mel’s continues to flourish academically, providing excellent teaching and learning for all.  St Mel’s has an outstanding reputation, locally and nationally. It is a community where parents are aspirational and an educational environment of love, faith, respect and harmony for each individual is nurtured.

At St Mel’s we set high expectations of positive behaviour and learning. We place students at the centre of all we do.  Our school theme for this year is ‘Let your light shine’.  Jesus said, “You are the light of the world… let your light shine before others” (Matthew 5:14-16). Each one of us is called to share in the light of Christ. St Mel’s school is founded on the Josephite tradition of, ‘Never see a need without doing something about it’. We encourage students to be active in their outreach to others.

Staff at St Mel’s are committed and dedicated, ensuring the school is a safe and supportive learning environment. With the many challenges and restrictions faced by families during COVID-19, a focus for us has been on enhancing students’ wellbeing. A wellbeing teacher has strategically been appointed to implement a range of initiatives to support students.

I welcome all families to the St Mel’s community. I am certain that your time here at our school will be a joyous one, filled with wonderful memories that you and your child will cherish. 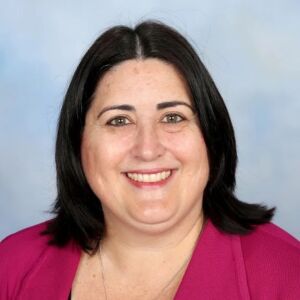 Our History and Charism 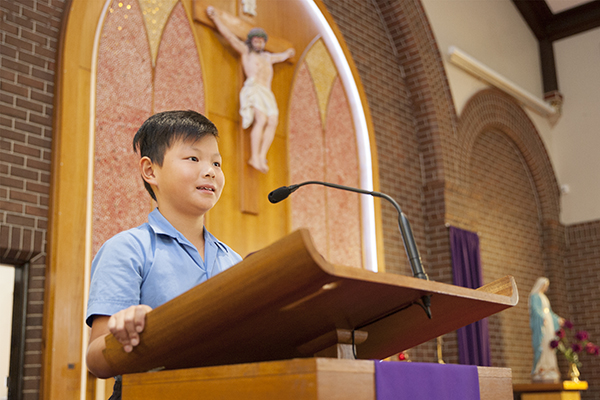 St Mel’s was originally established as St Anthony’s Canterbury in 1895 by the Sisters of the Good Samaritan. Sr Francis Goold was the founding principal. In 1900, the school was taken over by the Sisters of St Joseph.

In 1915, the parish of St Mel’s Campsie was established, with Fr Kenny as Parish Priest. At this time the school was moved from Canterbury to our present site in Duke Street, Campsie. By 1917, the Sister of St Joseph had established a convent onsite. They continued to lead the school until 1985, whereby Mr William (Bill) White was appointed the first lay principal at St Mel’s Campsie.

Charism
Inspired by the spirit of St Mel, the nephew of St Patrick, our community strives to continue his mission of love and commitment to Catholic Education.

Through the example of St Mary of the Cross Mackillop, students are called to be people of action and believe they have the capacity to change the world.

The Josephite charism and our school values enliven and strengthen our community to ‘never see a need without doing something about it.’

DID YOU KNOW…?
Sr Margaret Harrison who works in our school office, was also a student at St Mel’s.  She attended the school for ten years, commencing in 1942. St Mel’s was originally a Kindergarten to Year 9 school.  Sr Margaret went on to become a teacher and a school principal in many schools. She ended her career at Our Lady of Mount Carmel, Wentworthville.  She then returned to volunteer at St Mel’s, saying that this was her way of giving back to the community that had given her so much as a youngster.

Our Values and Vision 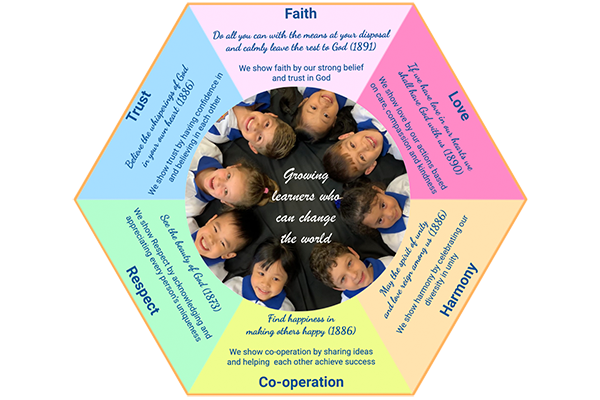 Values
Our school values, based on the teaching of St Mary of the Cross Mackillop, underpin and strengthen our vision.

LOVE We show love by our actions based on care, compassion and kindness

HARMONY We show harmony by celebrating our diversity in unity

Vision
Growing learners who can change the world. 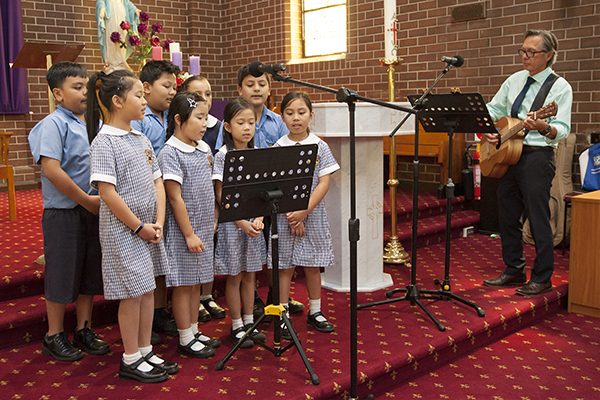 St Mel’s Parish
The community of St Mel’s Catholic Primary School Campsie is one of harmony and acceptance and works in close partnership with the St Mel’s Parish to assist students in nurturing strong connections with their Catholic faith.

As a community, we gather at mass to worship and celebrate significant religious events together. Many opportunities exist for families to contribute to and be involved in community events, which strengthens the connections between our Parish and School.

Proudly Part of the Community of Sydney Catholic Schools

Our school is part of a system of over 150 low-fee Catholic schools in the Sydney Archdiocese.

Sydney Catholic Schools are thriving Catholic communities that ignite a love of Christ through excellent teaching and learning to empower students to reach their full potential.